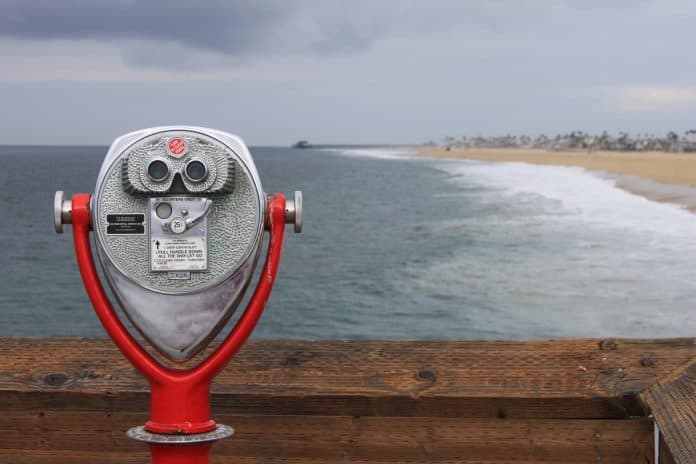 Your Residential status is important to understand as it determines your taxability in the country. Many think that once they move out of India they become NRI, and also when they come back they will be treated as Indian Residents. But that is not true.

There is a specific definition and calculation, depending on the number of days of stay in India which determines your residential status.

The definition of NRI is different as per the Income-tax Act and FEMA (Foreign Exchange Management Act) perspective.

Where the IT act is meant to figure out the taxation, FEMA takes care of the transactions and Investments. The opening of bank accounts (NRE/NRO), Buying shares, mutual funds, agricultural land, etc. is under FEMA Purview. So, understanding of Both the definition is important. (Also Read: Everything you wanted to know about NRI Bank Accounts)

Let’s try to understand the different residential status and what makes NRI an NRI.

Tax liability in India is directly determined by the residential status of the assessee under Income tax act. There are 3 statuses:

RNOR is generally applicable to the Returning Indians. The tax liability of NRI and RNOR remains the same as far as the foreign income is concerned. (Read More on RNOR Status here)

If the person satisfies any of the 2 conditions above then he will be treated as either ROR or RNOR as the case may be.

In other words, a person will be called as ROR (Resident and Ordinary Resident) is he/she satisfies any of the above/below mentioned conditions:

There are 2 exceptions to this.

Where an Indian citizen leaves India in any year for the purpose of employment, or as a member of a crew of an India Merchant ship, the period of 60 days is to be replaced by 182 days. (read: How Mutual funds taxations differs in case of NRIs)

Also, when an Indian citizen residing abroad comes to visit India, then also the 60 days condition will be replaced by 182 days. But if the person visiting India has Income in India exceeding Rs 15 lakh then the 182 days condition be replaced to 120 days. This is w.e.f April 1, 2020, and is as per Finance Bill 2020

However, for those who return to India permanently (not on a Visit), the Condition of 60 days is not replaced by 182 days.

Let’s understand these with some examples

Since he went for employment purpose, so the second condition has to be seen by replacing 60 days with 182 days. And in this case, though Rahul was in India for more than 365 days in the last 4 preceding years but was not in India for 182 days in the FY for which we are finding his residential status. Thus, he is not satisfying the second condition of being a Resident.

Solution 2 – Suresh Kumar was out of India for 6 months’ time. Means he must have crossed the 182 days limit. This means that he is an NRI looking at the first condition.

To count as NRI you have to satisfy both the conditions and for ROR any of the 2 conditions. Thus, Suresh will be treated as Resident and Ordinarily Resident

Besides the days of stay conditions, in Budget 2020, Indian Government has also added a new section 6(1A) to income tax act which says that the Indian Citizen who is not Tax Resident of any other country and earning Rs 15 lakh and above in the previous year from the other than Foreign sources will be treated as Resident of India

What is RNOR – Resident but not ordinarily resident?

RNOR is the third status which is considered to find out the tax liability of the person. This status generally applies to the returning NRIs who are coming back to India after living abroad for a considerable time.

To mitigate the shock of an NRI suddenly becoming Resident, after returning to India permanently RNOR is a transitional status.

An RNOR is an Individual who –

One of the above 4 conditions needs to be satisfied to be eligible to be construed as RNOR. Please do note that one condition is of your tax status and the other is on your stay in India.

It would be confusing to calculate but this all taxation is about?

-Those returning India after being NRIs for 5 continuous years or less, immediately become Residents as they won’t be able to satisfy any of the 2 conditions.

– Those returning India after being NRIs for 6 continuous years may become RNOR for one year, provided he/she had not visited India in all those years

– Even those who after being NRI for a considerable time say 15-20 years, may become RNOR but for 2 years at the most. In rare cases, a person can become RNOR for 3 years.

(Read our Detailed Article on the RNOR Status)

Who is an NRI (Non-Resident Indian) – As per FEMA (Foreign exchange management Act)?

FEMA governs the money transactions. Investments, borrowings, Forex transfers, etc. You may become NRI after completing a specific number of days in India/abroad as per IT Act, but FEMA goes on the Intention of the person or entity to call it as Resident or Resident Outside India. It does not use the term NRI

As per Section 2(v) of FEMA resident mean –

A person residing in India for more than 182 days during the course of the preceding financial year but does not include,

a)For or on taking up employment outside India or

b) For carrying on a business or vocation outside India

c) For any other purpose, in such circumstances, as would indicate his intention to stay outside India for an uncertain period

2. A person who has come to or stay in India, in either case, otherwise than the following 3 purposes:

a) For or on taking up employment in India or

b) For carrying on a business or vocation in India

c) For any other purpose, in such circumstances, as would indicate his intention to stay in India for an uncertain period

If you look at both IT and FEMA definitions, you will find that in IT act person will be Resident or Non-resident for the complete Financial Year, whereas in FEMA one can be resident for the part of the year and Resident outside India for another part.

Take for instance of a person who goes abroad for the first time on 15.1.2017. For ITA he is the resident for the FY 2017-18, but if he has gone for any of the 3-purpose mentioned above then he becomes ROI the day he Leaves India.

Well, frankly there is nothing to conclude as this is the law and we cannot do anything about it? It may be confusing to those who keep on travelling between countries and also have businesses in multiple countries. But those people generally have a team of experts to take care of this. (Read: Taxation of NRE Fixed deposits on Returning NRIs)

Sometimes I wonder, even if someone becoming a Non Resident Indian means he may not have to pay tax in India on his foreign Income but he is still paying taxes in his tax resident country, thus there is no tax saving as such unless one goes to some gulf country where there are no Direct taxes as of now.

Even in case of Investments like FD. NRE FD interest is tax-free in India, but it may be taxable in the country of tax residency.

But still, this is what the law says which we have to be aware of and follow as such.

One who is going abroad for employment may not fall into IT act rules for NRIs immediately, but he/she has to follow the FEMA guidelines and Open the NRE/NRO accounts, Inform the Depository participants, Mutual fund houses, etc. about the changed status to be on the right side of law always.

Also Check- 10 Important things to do before becoming an NRI

Disclaimer: I am not a tax expert. The above article is as per my limited knowledge and understanding after reading different books and articles on this subject. So, it is advisable not to make any decision based on the above content. Do consult some tax expert

Still, if there are questions. I would try to answer.

Manikaran Singal - December 9, 2016
0
Saurabh, who is in his late 40s, and doctor by profession approached me for his investments. He said he wants to make most...