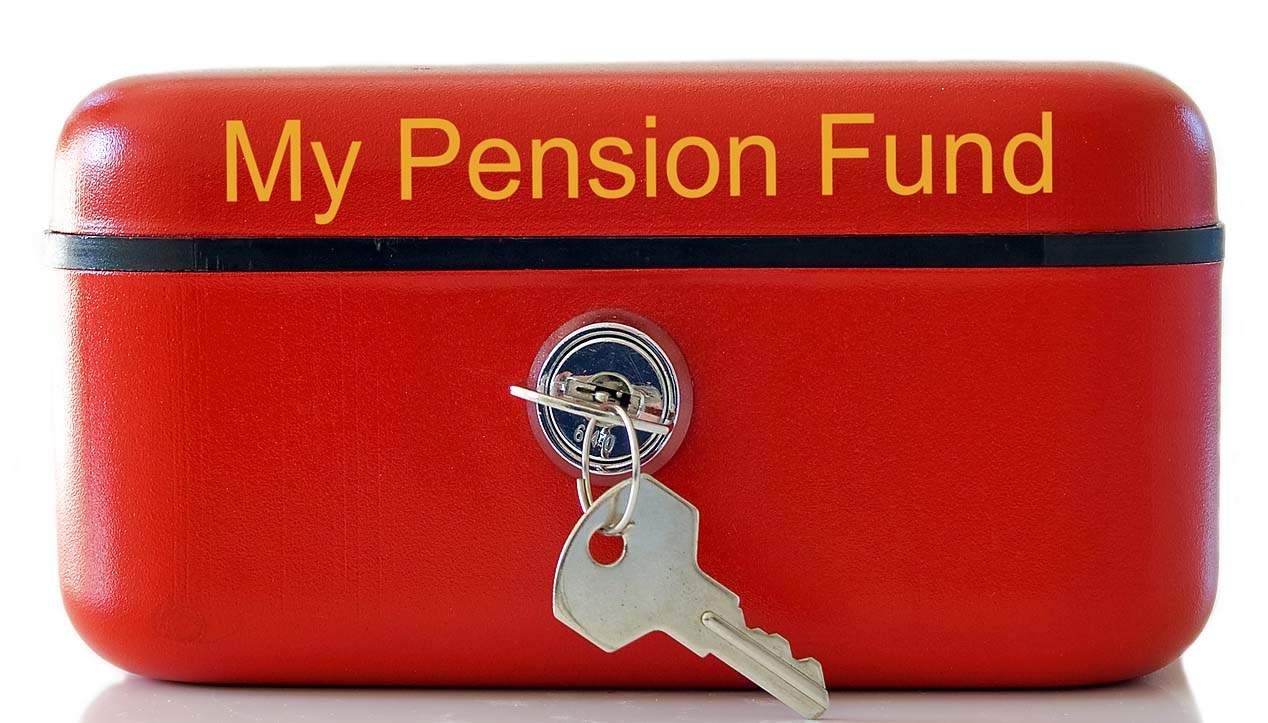 PFRDA has recently (June 2021) tweaked some of the withdrawal rules in NPS. Also, NPS is now open for individuals above 60 years as well. Read on to find out the details.

Even after getting the additional tax benefit of Rs 50,000 over and above section 80C investments, National Pension Scheme (NPS) investments have not kicked off as expected. But it has surely succeeded in gaining people’s attention. Investors are still confused about the structure of the product. One of many reasons for this is the confusion among investors over NPS withdrawal rules at the time of maturity or prematurely.

Before moving ahead to understand national pension scheme withdrawal rules in detail, let me first brief you on what NPS is all about. You may also go through my detailed article written on this.

National pension scheme or New Pension Scheme is a contributory pension scheme, where monthly pension at the time of retirement will be determined by the quantum of corpus generated under the pension account.

In this, the account holder contributes every year and his funds get invested in the investment portfolio of his choice (there are 7 fund managers to choose from). At retirement, the account holder has to compulsorily buy a pension from the part of accumulated corpus. (Read: How to open eNPS account online?)

The National pension scheme is compulsory for government employees excluding armed forces personnel, who have joined service after 1stJanuray’2004. It is now open for investment to private sector employees and the general public too. Investing in NPS qualifies for tax benefit u/s 80CCD, 80CCD(1b). If your NPS a/c is opened through your employer and he’s also contributing to your account then employer contribution is exempt u/s 80CCD(2).

Understanding of NPS functioning is important for private corporate sector employees too, as the government is giving a solid push to corporate to move to the NPS system along with EPF. In the Budget 2015 speech, Finance Minister has proposed to make it optional for private-sector employees to choose between EPF or NPS.

Investment wise, Return wise and tax benefit wise national pension scheme sound like a good product but still it has much operational confusion, one of which is NPS withdrawal rules.

PFRDA through its latest circular tried to clear off this confusion. It has also notified few rules on partial withdrawal of funds which was not there earlier in this product. 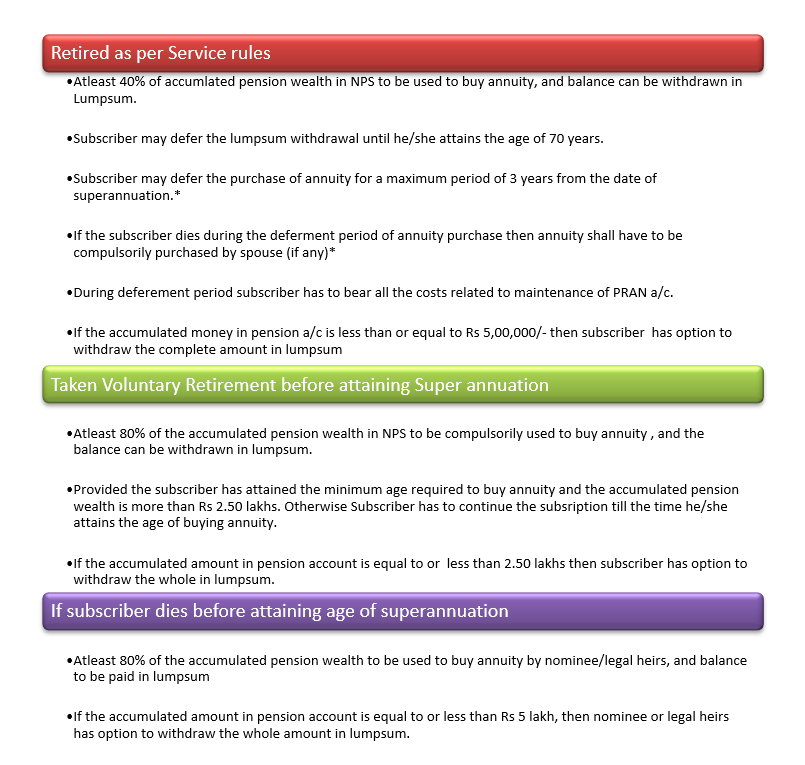 *Subscriber has to intimate in writing to national pension system trust, of his intention to defer the annuity or lump sum withdrawal in a specified form at least 15 days before the date of superannuation.

The government is doing every effort to make the national pension scheme popular. They understand the importance of Retirement planning for a young country like us. Diverting countrymen from Defined Benefit to Defined contribution will in one way reduce the burden on the government to support pension but also mobilize the savings into the financial system and stock markets. This will provide the necessary impetus to the Economy.

(Read: Superannuation fund in India – in comparison to NPS)

From an investment point of view, a national pension scheme is a good option, which can provide necessary growth to retirement savings with tax benefits with compulsory annuity purchase option. The Low-cost structure also is an attractive feature. But as I always say that your finances should be properly structured and when you have control of your money with defined goals then only you should choose suitable investment product.

Though national pension scheme or NPS withdrawal rules have clarified the doubts regarding exits and partial withdrawal, the product has yet to answer the operational difficulties in investment with the regular disclosure of investment portfolio tracking tool, which can help manage the investments better. As pension is always taxable so one also needs to do proper tax planning before opting for this product.

Now it is also possible to start SIP in NPS. Click here to know how to set up SIP in NPS online using the D-Remit Facility.

How do you find the new national pension scheme withdrawal rules? You think these only can make you invest in NPS? What is your opinion on new pension scheme (NPS)?

Estate Planning in India: All you wanted to know (with FAQs)

Manikaran Singal - February 12, 2012
8
It has been observed many times people blame the product manufacturers or sellers for selling them the wrong product, but real problem lies in...