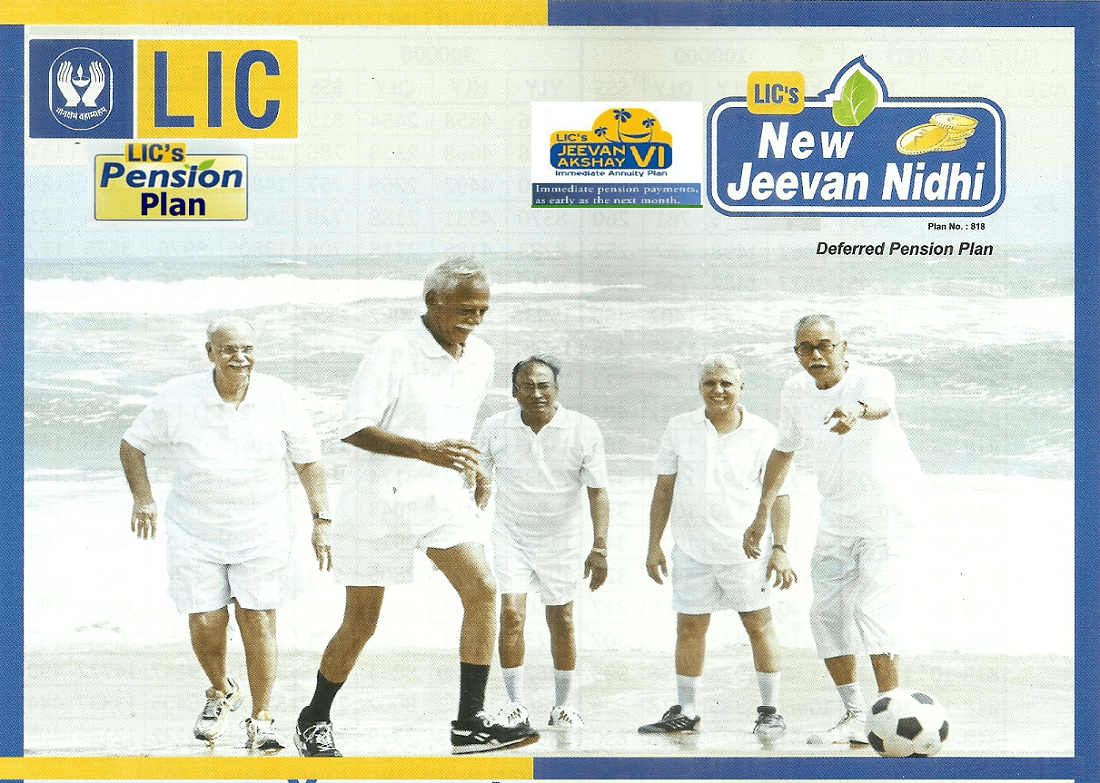 It has become a need of the hour for the life Insurance companies to reconstruct their pension plans which should conform to the new guidelines of IRDA. To have a basic understanding of those guidelines read – HDFC Super Pension Plus review.

There’s 360-degree change in the pension plan space and now onwards you will be pitched with pension plan when you are looking for an instrument purely from retirement planning point of view. It has become compulsory now for any pension plan to distribute the surrender/maturity proceeds only in the form of an annuity.

LIC New Jeevan Nidhi is a Traditional/conventional with profit pension plan which provides death cover during deferment period and pension/annuity on vesting.

Annual premium will be decided as per the investor’s age, Investor health, sum assured and policy terms. The investor has to pay premiums for the full term or single premium and at the vesting age whatever be the fund value it has to be used to purchase the immediate annuity. And the annuity will be at the then annuity rates.

He may exercise the option to commute the fund value ( at the applicable Income tax rates which is 33% as of now) and rest has to be used to purchase annuity. Fund value will be Sum assured plus the

Fund value will be Sum assured plus the guaranteed additions *plus participating profits (non-guaranteed)** in the shape of simple reversionary bonus .  One may also use the fund value to purchase another single premium deferred pension product if he satisfies the eligibility criteria of the same.

**Participation in profits : From 6th year onwards and will be as per corporations experience.

Vesting benefit: Use the maturity proceeds to either Purchase immediate annuity or a single premium deferred pension plan.

Death after the first 5 years of policy: Nominee will get Basic sum assured plus accrued guaranteed additions plus simple reversionary and final additional bonus if any as the lump sum or annuity or partly as the lump sum and partly as an annuity.

You may discontinue paying the premiums or may even surrender the policy anytime after  3 years payment of premium. But in that case, also you will have to compulsorily purchase an immediate annuity or a single premium deferred pension plan with the paid up / surrender value. (Read: How Pension Plan works in India)

What this illustration of LIC new Jeevan Nidhi says is that if a healthy non-smoker person of 35 years of age buys this plan with the sum assured of Rs 1 lakh then his premium exclusive of service tax would be Rs 4121/- p.a.

As the returns are not guaranteed and being an endowment plan which is very expensive in terms of distribution cost so it would not be wise to assume the much of returns. It should be in the middle of both the extremes assumed.

Should you invest in LIC New Jeevan Nidhi?

Frankly, I am not in favor of any endowment plan in the accumulation stage of retirement planning (Read: Retirement vs pension plan).  In fact, I am always of the view that investments should be flexible enough to be taken action on as and when required.

I may favor some immediate annuity plan at distribution stage but that too looking at the other financial requirement of the client.  It would be very difficult to achieve one’s retirement goals if the money  grows at 4-6% rate when inflation is hovering around 7-8%

One needs an active management of finances at least during accumulation stage to generate enough corpus which helps the retired to maintain his lifestyle and other expenses.

Do share your own views on “LIC New Jeevan Nidhi” to have a healthy discussion on the same which will benefit other readers too.

LIC Arogya Rakshak- How good this health insurance plan is?