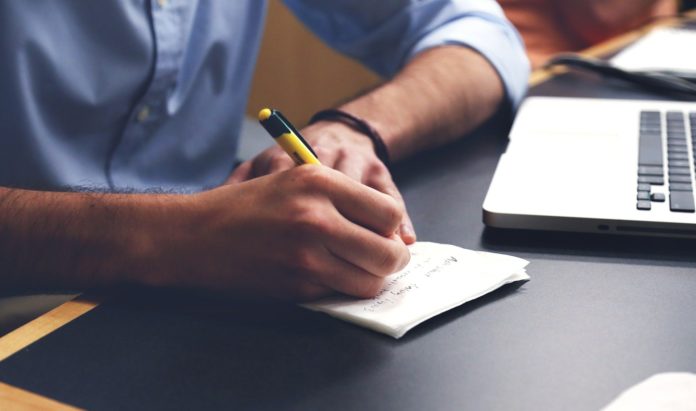 Everyone, not only the affluent, has a lot to share with their family members especially when it comes to leaving their legacy behind. The wealth inherited and earned over their lifetime is their gift for future generations. Most people do not think about leaving this world before they have made a mark and set aside something for everyone close to them.

But one thing that the past two years have reminded us is the age-old wisdom that life is ephemeral, and you must be prepared for the worst at all times.

Being prepared does not mean living in fear or anxiety. It simply means that you must have a plan B and possibly a plan C if things don’t go your way. Moreover, you must include your closest confidants (family members) in your plans – at least they must know where to find your plans.

One such plan is your will or a succession plan.

If you run a business, then succession planning could involve many things – from voting rights to management control. But today we will discuss the simplest of such plans sharing your legacy with your heirs.

With a will, you can solve a unique problem faced by people with wealth – distributing it among family members, close friends, and causes you care for.

It is common to see a rift in families when dividing the family wealth among siblings – even when the head of the family is doing it in her/his lifetime. Therefore, you could only imagine how big fissures might open after you are not around!

But what happens if someone passes away without leaving a will? We will explore these issues in this article.

Before we move forward let us understand some basic terms.

Legal Heir: Any person who, under the succession laws, is entitled to receive (at least) a part of an intestate person’s property and or their title. The legal heirs are classified as follows:

Succession: Inheritance received by the legal heirs upon the death of a person if the person who died did not make a will.

Will: A written declaration voicing the wishes of a person concerning her/his property and estate.

It may or may not list the properties specifically and may or may not transfer their ownership/usage rights to family members, friends, aides, and others explicitly.

The will provides for the transfer of wealth upon her/his death. It is not necessary to register a will, but a registered will can only be superseded by registering a new will. (Also Read: Role of WILL in estate Planning)

Testate: A person may leave behind a written will to control the distribution of her/his property after their death. Such a succession is called testamentary succession.

Intestate: If a person dies:

then such a person is said to have died intestate. Intestacy could be total (no will at all) or partial (no specific instruction about some properties in the written will).

If you think that when you pass away, your immediate dependents will get you property and wealth, then you can be both right and wrong.

For intestate deaths, the succession laws, according to your religion of birth, will be applied.

The Hindu Succession Law of 1925 (amended in 2005) applies to Hindus, Jains, Sikhs, and Buddhists. The Muslim Personal Law 1937 covers the succession among Muslims. The Indian Succession Act 1925 has special provisions for succession among Christians, Parsis, and other communities.

In this article, we would be specifically deal with intestate succession under Hindu Law. The treatment of intestate property under the Hindu Succession Law depends on the type of property.

If you are covered by the Hindu Succession Law and live in West Bengal, Orissa, or Assam, then the succession of your property is governed by the Dayabhaga rules.

Under it, the male heirs do not become the owner of the joint family property until after the death of their father.

If you live in other parts of India, then the Mitakshara rules govern succession. Under it, the male heirs become co-owners (co-parceners) of the joint family property with birth.

Though, the overall control and management of the property remain with the eldest male member of the family or Karta.

When a co-parcener dies, their share in the joint family property is passed to their legal heirs as follows:

The succession rules for self-acquired property vary depending on the gender of the deceased.

In the case of deceased male Hindu, the four categories – class I, class II, agnates, and cognates – of legal heirs can stake their claims, in that order, if and only if there are no heirs in the class preceding them.

So, the order of intestate succession in India would be:

Now we will talk about what the law says regarding succession to a Hindu Female dying intestate. The 2005 amendment gave the female members of the family equal rights to inherit the family property.

In case of the death of a female member, her Stri-Dhana is distributed according to the following order, in case of intestate succession. The heir(s) in a subsequent position is considered only if there is no legal heir in a given position.

Also check- How Private Trusts can help in estate planning?

Provisions Applicable to All Cases

Not only property but all the above rules and provisions also apply in the case of distribution of financial assets as well, in the event of intestate succession.

Are You Still Thinking?

The succession laws are archaic and do not reflect the true nature of the relations.

The intestate property is distributed according to the proximity of the blood-relation only.

They also do not have any provisions for donating a part of your estate to causes that you cared for, nor a share to someone you thought was deserving.

Therefore, by making a will you will complete your financial plan and prepare for the time when you are not around. Through a will, you can guide your family members on how to conduct themselves when you are no longer with them.

You are being responsible for planning for financial security as well as harmony amongst your loved ones. (Also Read: How a Will help in securing the financial future of the family?)

Making a will requires admission to oneself of the inevitable. More than a dry piece of paper, a will is an emotional document requiring courage and a clear direction.

While making your will, you would encounter enough twists and turns to confuse you. Your objectivity, love, and impression of a family member will be tested with each sentence. (Also Read: How to write a WILL in India – Step by Step guide)

To make a will, you require someone who has adequate knowledge about your estate and family, and who can guide you in an unbiased manner.

A financial advisor can help you list all properties and financial assets and help you draft a will that meets your desires. They can also help you update the will with each significant change in your family, life, or property.

Please note: We are not legal experts. This article is for informational purposes only. Please consult a legal expert before acting on anything written in the above article.

Why Obtaining Legal Guardianship is Important for Special Needs?