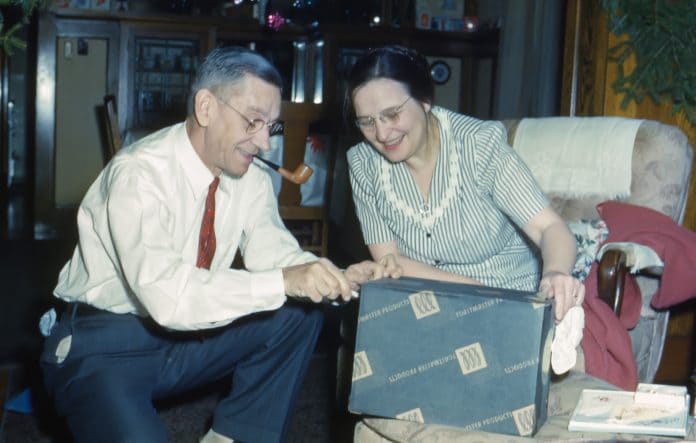 Gift Tax as the name says is a tax applicable on Gifts Received. It is the receiver of gift who is liable to pay Gift tax. Even if the gifts are received in Kind, then also the monetary value of gifts to be considered to compute the gift tax.

It is a common practice in families where husband invests in the name of the spouse with the assumption that it helps him in saving taxes on Investment Income, or Grandfather investing in Grandchildren name or family members and friends exchange Shaguns on various occasions like Birthdays, Anniversary or on festivals.

In Income tax terminology, all this is considered to be as Gift unless you give a specific name and justification to it, may be a loan in some instances which should be satisfactory to the Income Tax officer.

As per Wikipedia, the Gift is an Item Given to someone without the expectation of Payment or Return. If there is a reasonable consideration involved either in cash or in Kind then that item may not be considered as gift. As Per Income tax laws it is the receiver whose onus is to explain the source and nature of funds.

There are certain exemptions as per the Gift tax rules where the gifts received from Relatives do not attract any tax. To summarize, any gift of any amount received from Blood Relatives is considered as tax-free in the hands of a receiver.

For NON Relatives the exemption is available only up to Rs 50000, and if the gifts in a year crosses Rs 50000, then the complete amount received will be taxable and added into the total income of the Receiver (Read my detailed article on Gift tax In India)

Thus if Gift tax rules are followed wisely, then one can create different ax files in a family and save considerable taxes.

Through this article, I will explain some of the ways where Gift tax provisions can be used and save tax legitimately.

How to use Gift Tax rules to save Income Tax

Your major Children can help you in considerable tax saving. Till the time they have not started earning their tax file is totally blank and you can fill it up by gifting your money which is meant to put in safe and taxable instruments.

Like say for example the child education fund that you have parked in Bank fixed deposits or may be in debt funds, since it may not be wise to put that money in Equity funds to keep them nontaxable, can be invested in the Child’s name.

This way all the Interest Income and even the capital gains will be accounted for in his/her name and since child does not have any other income of his own, then the advantage of basic tax slab can be taken. The Income up to Rs 2.50 lakh ( as per Income tax rules 2017-18) will be tax free, and over and above Rs 1.5 lakh can be invested in section 80C instruments to save tax.

Even if your child is minor, then also you can take advantage of gift tax rules, at least for that amount which you want to use for child only when he becomes Major. Invest the money in debt mutual fund in the name of child and withdraw it only when child becomes Major. Unlike Interest Income which is accrued and taxed every year, Capital gains gets taxed only when the investments are sold.

Do note that if money is invested in Interest bearing instruments in the name of Minor child then the Interest Income will get clubbed back in the Income of the Parents.

Your Parents if coming under lower tax bracket than you can also be taken help from in helping you save tax by following Gift tax rules.

You may make the taxable investments in their name, so the taxation falls in their tax file.

Like for e.g.you may put the emergency fund money in their bank account or Invest in bank FD or Liquid funds in their name, so as and when you withdraw out of those Investments, there would not be any tax liability in your name. And just like the example of major child, you may enjoy the basic exemption or lower tax rate benefit.

As I wrote above that it is a general notion in the families to invest in the name of spouses under impression that the Income out of those investments will be counted as spouse’s income, which actually is wrong.

As per Gift tax rules, though the gift given to spouse or Daughter in laws is tax-free in their hands, if the money gets invested somewhere, then the income from that Investment will be clubbed in the Income of the Giver and taxed as per his/her tax slabs. (Read: Income tax rules on clubbing of Income)

So the first thing is that one should avoid gifting to spouse and daughter in laws, and if at all the gifting is required then the money should either be spent or invested in Tax-free Instruments like Equity or PPF.

From Tax Planning angle if one wants to improve or create the tax file of a spouse, then the wedding gifts can be accounted for in her name. As per Gift tax rules, the gifts received at the time of wedding are tax exempt.

If you Kids are too young, and parents are also in high Income bracket, then do not get disheartened, you can yourself create a Family tax file which is a Joint family account and treated as separate tax entity by Income tax authority. That is known as Hindu Undivided family (HUF).

As per gift tax rules, any gift given by members to HUF is tax-free in the hands of HUF. Since HUF will be a new tax entity so it will enjoy all the exemptions and benefits available to an Individual.

But before working on HUF, please be aware that it would be a family account and once money goes into HUF it will be treated as family money, which cannot be bequeathed by the Karta. However Partition of HUF is possible.  So awareness of rules is important before forming an HUF.

Gifting between family members if within gift tax rules, can be a good tool to distribute and manage wealth. On one side it may help in some tax saving and on the other, it can be used as a good Estate planning tool too. But you have to be sure that whatever you do should be a genuine transaction and should not look like something to evade taxes.