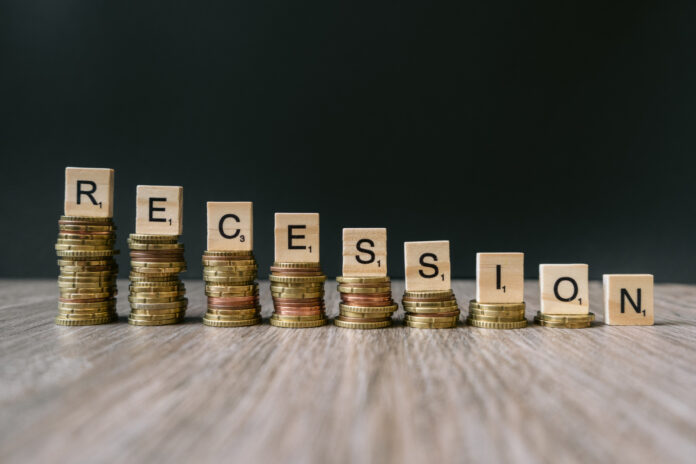 Recently i received a query on email, where the reader asked me about Bear markets.

His specific query was that some articles in a prominent Business Newspaper are calling today’s time as Bearish and some Business channels calling it a correction. He was confused as to how both these are connected to Recession. He wanted me to explain how these terms- market correction, economic recession, and bear markets differ and what to make out of it in understanding the ongoing scenario.

It may look a basic question to some, but many do get confused on these terms.

Since these questions were asked over email, due to limited time I couldn’t give him a detailed answer. So, thought of writing an article around this subject to answer his query in detail and for the benefit of other readers too.

What is a Bear Market?

A bear market is a situation of stock market decline. It occurs due to negative investor sentiments. When investors are not confident about corporate performances and perceive that returns on the stocks might go down, they tend to sell them rather than buying. Or they feel that the stocks are overvalued and the prices are too high in the current scenario.

When big investors sell, pessimism spreads and due to the negative feedback, other investors follow suit. This leads to a decline in the market indices.

In the US, indices like- S&P 500, or Dow Jones are commonly used to measure this decline. In India, we use Nifty, Sensex, and the likes. (Also Read: How benchmarks help you select the right mutual funds?)

For example, on 26th September 2022, the Dow Jones (US stock market index) registered a  20% (close at 29,260) from its record high of 36,585 points on 4th January 2022. It implies that Dow has entered a bearish phase and this decline would also be considered a part of the bear markets.

There could be various reasons for it. Low production, increasing unemployment, decreasing corporate profits, fall in disposable incomes, etc.

Now, when the market crosses this recent high from where it started declining and will reach a fresh new highest point, it would be declared a “Bull Phase” again. The entire recovery from the low point of the bear market would be a part of this Bull cycle.

However, markets are called bearish only when the fall continues for some months or years. If the recovery happens in a very short time (in a matter of few days) then the market fall may not be called a bear market even if the fall is 20% or more. It can be called another correction phase only.

Also Check- Stock market in India is on the verge of a crash. What to do?

What is a Market Correction?

A market correction refers to a decline in the value of market indices or individual stocks of at least 10% from the recent highs. It can last for some days or months. Markets often experience various correction phases in a year but are short-lived in comparison to the bear market cycle.

For example, in the last 30 years, there have been 19 corrections in Nifty, and in July 2022 it registered a 14% fall from its recent high.

Market corrections are common phenomena and it is a part of the volatility in the stock markets. Investors should not worry about them. Instead, they should see them as an opportunity to increase their investments, if possible when markets correct. (Also Read: 5 best things to do in volatile markets)

What is an Economic Recession?

Well, there are various definitions of economic recession. Different institutions and scholars have defined it differently. The most common definition is- “a decline in the real GDP of the country for two or more consecutive quarters”.

If we look at the Indian context, The Reserve Bank of India (RBI) has a different definition, “a recession is widely regarded as a period of prolonged decline in output experienced across much of the economy. To be more concrete, commentators often consider a recession to be in progress when total output (real gross domestic product) has declined for at least two consecutive quarters.”

It is generally a phenomenon of a decline in economic activity or a slowdown in the production of goods and services in the economy, lasting for some months or years.

P.S.: Real GDP is the inflation-adjusted value of all goods and services produced in the country in a financial year.

How are bear markets and recession related?

Although both go hand-in-hand but are fundamentally different issues. The bear market, as explained above is the result of low investor confidence in the future price increase of the stocks.

On the other hand, an economic recession is a result of the loss of business and consumer confidence and reduced consumer spending in the economy.

However, there could be a linkage between both these scenarios and a cause and effect relationship could be traced between the two.

The stock market is often a reflection of the economic performance of any country. If the economy is not growing, it would definitely impact the markets and prolonged negative market performance can be an indicator of poor economic health.

For instance, a bear market could sometimes (not always) be a leading indicator of negative factors in the economy like- high unemployment, rising inflation, low consumer spending, and income, etc.

In other words, at times the same macroeconomic factors causing the bear market scenario can lead to an economic recession as well.

Should you be worried?

If you followed a goal-based financial planning approach then these phases in the market cycle should not scare you. Bull Phases and Bear Phases and bear phases are part and parcel of the investment journey and every long-term investor has to experience these.

The question is- how prepared are you to face these scenarios? If you have done your financial planning right, followed an asset allocation approach, and sensibly diversified your portfolio across investment classes, there is no reason to worry about. (Read: How to prepare yourself for a stock market fall?)

On the contrary, if you are following an as-and-when approach in investing without any clear direction and if your goals are very near and are still over-allocated to equities, not only in this but you would be getting worried in every market cycle- bullish as well as bearish.

As far as an economic recession is concerned, thankfully the macroeconomic indicators of India are better placed in comparison to the other countries of the world, and there is less probability of any recession hitting India in the near future.

But, who knows what the future has in its store? In such a scenario, an important thing that you can do is protect your income. You should keep learning, and upgrading yourselves so that even in a crisis situation your active earnings do not stop.

As they say, it is always a good idea to hope for the best and be prepared for the worst.

How to effectively plan a Foreign Education in a depreciating currency scenario?

Manikaran Singal - April 17, 2019
5
Some days back I was invited to speak at ET wealth Investment workshop. I spoke on Risk profiling, as to why it is an...

Luck or Skill – What matters More in your Success?