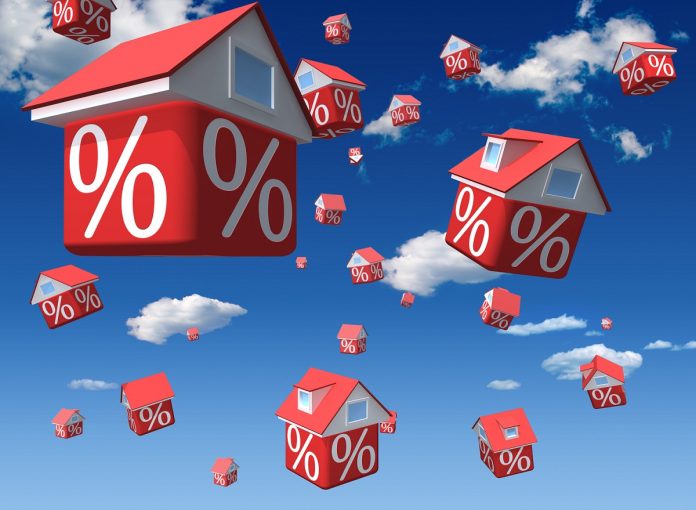 With SBI reducing its marginal cost of lending rate by 90 basis point, in the beginning of January’17, which has in turn, reduced the lending rates for new borrowers, queries have started pouring in that does it make sense for the other home loan borrowers from different banks to move their home loans to SBI with lesser rates.

Many of the borrowers who have taken home loan 3-4 years back are at 9.5% – 9.8% kind of Interest rates. Considering the new rates which are around 8.5% definitely sounds attractive. And when there is no prepayment or foreclosure penalty for floating rate home loan, borrowers want to take advantage of falling interest rates.

People are also wondering that why the new borrowers are getting the loan at such a low rates whereas even after being on floating rate loans, there existing loan rates have not been reduced to that extent.

Actually here borrowers need to understand the mechanism by which banks calculate the lending rates.

Before 2010, lending rates were calculated on the basis of benchmark prime lending rate method (BPLR), then after July 2010 till April 1′ 2016, loan rates were based on Base rate method, and now after April 2016 it is at MCLR (Marginal Cost Lending Rate) method

This article is about giving you an overview of all the above rate calculations method (In layman’s words), what is MCLR and how it is different than other methods and does it make sense to move your home loans to MCLR based rate within the same bank or should you switch your loan to some other bank with lower rates?

To make it more comprehensible and useful, I have divided this article into 2 sections, the first one which you will be reading now carries the explanation of different reference rates, and the second one will be published next week where I will discuss the factors to consider before (If at all) switching the loan from one bank to other or from base rate to MCLR.

In Simple words, BPLR is the reference rate that each bank decides to fix the Lending rates to each borrower on different loans. This method was prevalent before 2010.

If the credit-worthiness of the borrower is good, then a bank may charge lesser than the BPLR, if a bank finds borrower risky to lend to, then she may be charged with a higher rate than BPLR. There was no lower limit on BPLR.

But this practice was proving to be fatal for banks profitability, as they were being forced to lend much below to BPLR just because of political pressures or other reasons. So to counter this issue, RBI scrapped BPLR mechanism and came up with Base rate method.

The Base rate is the minimum interest rate below which a bank cannot lend, except in the case of a loan to customers against their own deposits, to bank employees and DRI loans.The Base rate is to be decided by every bank separately.

Since BPLR lacks transparency so RBI dictated that all rupee loans sanctioned and credit limits renewed after July 1, 2010, shall be priced with reference to the Base Rate which will be the internal benchmark for such purposes. Base Rate includes all those elements of the lending rates that are common across all categories of borrowers.

There is one Base Rate for each bank.

RBI stipulates that Banks are free to calculate the cost of funds either on the basis of average cost of funds or on the marginal cost of funds or any other methodology, which is reasonable and transparent, subject to it being consistent and made available for supervisory review/scrutiny as and when required.

Banks reviews the Base Rate at least once in a quarter, but cannot review the Base Rate methodology for at least a period of three years from the date of its finalization.

RBI is the supreme authority which controls the flow of money into the economy through various measures after considering the inflation and economic growth aspects. This is why in every monetary policy it takes decisions on different rates which decide the flow of money into or out of the system like CRR, SLR, REPO rates and Reverse repo rates.

RBI wants that its decision on increasing or reducing the rates should immediately be reflected in the banking interest rates structure to have a faster impact on the economy which RBI envisages.

But lately, RBI has observed that even after the rate cuts announced at RBI level, banks were reluctant to pass on the benefit to its customers. However, banks were quick in reducing the deposit rates but were not so fast in reducing the Lending rates.

Actually, in base rate mechanism, RBI has given free hand to banks to calculate the cost of funds either on average cost or on marginal costs, and they preferred former. This is why on every RBI rate cut they have an excuse that even though the cost of fresh borrowing has gone down they have legacy deposits for which interest rates remain high and thus average cost has not reduced much.

RBI stipulates that all rupee loans sanctioned and credit limits renewed w.e.f. April 1, 2016 shall be priced with reference to the Marginal Cost of Funds based Lending Rate (MCLR) which will be the internal benchmark for such purposes.

The detailed methodology for computing marginal cost of funds is given. I will not be getting into its detail of every constituent…but will explain a bit about them. You may refer RBI circular for details.

The MCLR shall comprise of:

Since MCLR will be a tenor linked benchmark, banks arrive at the MCLR of various maturities by incorporating the corresponding tenor premium/ discount to the sum of the Marginal cost of funds, Negative carry on account of CRR and Operating costs.

Accordingly, banks are required to publish the internal benchmark for the following maturities:

Banks have the option to publish MCLR rate for other longer maturities too. Check out SBI Interest rates.

Now after adopting this practice, banks have to review and publish their MCLR rates of different maturities every month.

Does this mean that Lending rates will change every month?

Yes and NO. Though the MCLR will get reviewed every month and may get revised every month, but your loan interest rates will be impacted only at the reset dates specifically mentioned in the loan agreement.

Reset period cannot go beyond 1 year, however, banks are free to fix their own reset periods. Some banks have chosen 6 months as reset period for their home loans, so for their borrowers, the loan rates may get revised every 6 months depending on the MCLR rates taken as a benchmark for home loans.

This is the reason, the borrowers who have taken loan after April 2016 but before January 2017 i.e. when some of the banks have revised their MCLR rates, are still at old rates. Their rates will get revised on the respective reset dates.

Due to this regular resetting, you will see your loan rates changes every year…in falling rate scenario you will see them falling and same in the other case.

You must be wondering that MCLR of many banks as published have gone down, then why are their loan rates still high. This is because of the spread that these banks charge. Spread depends on the type of loan and category of borrower.

MCLR only decides the cost of the funds, but banks have to earn more than the cost to remain profitable. So spread is charged over and above the MCLR. Spread is again different for different banks, which further depends on the business strategy, Market competition, Credit risk premium, Collaterals etc.

So your lending rates would be as “MCLR + Spread”, and earlier it was “Base rate + Spread”

Unlike base rate regime, in MCLR Regime, banks are allowed to increase the spread of a particular customer in case of deterioration of the credit risk profile, but that requires a full-fledged risk profile review of the customer. So you need to be sure of your credit score too.

It is important to note that your loan will not automatically be shifted from Base to MCLR, it is the decision which you have to take, and once moved, you cannot come back.

This is all about the bank reference rates, and how your lending rates get decided. In the next section, I will explain the considerations you should have while deciding on to switch your home loan to other bank or move from Base rate mechanism to MCLR mechanism.  Keep watching this space 🙂

Peer to Peer Lending – A New age way to Borrow or Invest? Should you?

Manikaran Singal - October 10, 2022
0
Recently i received a query on email, where the reader asked me about Bear markets. His specific query...

When is the right time to exit your Investments?